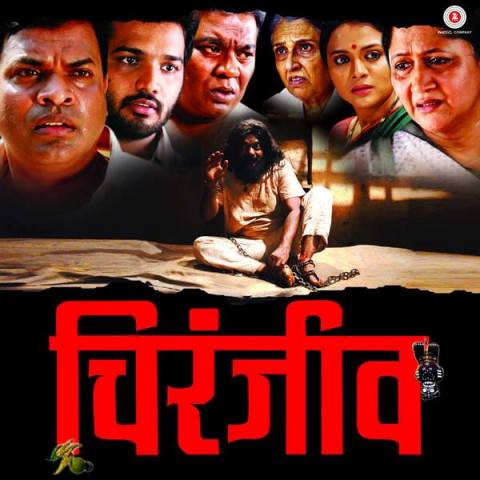 One of the Marathi movies releasing recently include Chiranjeev, which is directed by the award winning filmmaker – Ramesh More. The film has  Bharat Jadhav, Kishore Kadam, Bhargavi Chirmule, Alka Kubal,  Suhasini Deshpande, Sandhya Kamble and Ravi kale in the leading and supporting roles. The film is produced by Ramdas K. Menon under the banner of Mumbai Cine International in association with Carnival Pictures. The film showcases the superstition found in a small village in Konkan area, which declares a normal man as a psychopath and crazy. Now, let us dig in deep into the film as under:

The film is based in the age of eighties, which showcases the menace of superstition found in a rampant fashion. Here you get to see a family based in this village that is alleged to be cursed by the home wherein they live. This curse gets the base when the family is seen losing a male member of each generation in the family. The movie starts with the youngest member in the family who gets the Sahitya Academy Award for writing a book called Chiranjiv. Soon you get to see a flashback of the story behind the novel.  The film is packed with puerile melodramas wherein you have Ganya Kaka played by Ravi Kale who is the victim of the so called curse; he is seen committing suicide who is known to have blind faith in superstitions. Now the family is worried as to who is the next to get the curse and soon with some fraud fortune teller, they call Keshav to be the next person in this regard.  He is being called as insane person who is due to the superstition. Next, what happens is interesting to catch over the silver screen.

The movie simply moves like a melodrama in its plot. The first staff however revolves around the life of the family and talking about the curse, while in the second you find the downward spiral of Ksehav into the avatar of insanity. Amidst showcasing all these scenes, you can find them so much clichéd whereas the treatment is seen so much loud that you end up getting into the confusion as to how the makers of the movie is seen trying to do at this juncture. The staging of these sequences seems to be very much poor thanks to the amateur performances. The character of the man playing the brother of Keshav is seen written in a very shoddy fashion, which makes the film really worst. The film failed to get some cool performances as the characters really put the demand for.

Direction, Editing, Screenplay and other elements

The director though is an award winning filmmaker yet fails to give a decent movie despite having an okay star cast. However, with bizarre kind of story and low quality screenplay and very much loudly kind of direction ha simply stopped the director to make some really a good movie. Editing and other technical stuff remain too shabby, which failed to give any impression over the audience.