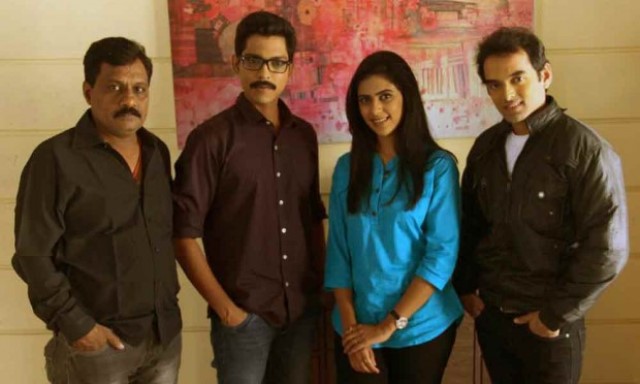 Marathi Cinema is no more lagging behind when it comes to getting interesting films in the M Town. Now, we have one movie or the other churning out every Friday with most of them are par excellent and you one more coming up, which has gone on floor called Pahile Na Mi Tula. The film is produced under the banner of Rajananda Productions, which is produced by Ganesh Kadam. The film is finally on the floor, which is a love story that comes with a difference, thanks to the incredible director at the back of the camera and lead actors who are making all the difference.

The story of the film is given by Chetan Kinjalkar, while the film has Yash Kadam, Madhura Deshpande and Saurabh Gokhale in the lead role apart from having Suresh Dale and Kanchan Pagare in the supporting role. The music has been given to Sanjay Sharma, while the songs have been written by Swaroop Singh and he songs are being sung by people like Swapnil Bandokdkar, Abhijit Kosambi, Vaishali Made and Ketaki Mategonkar. The shooting of the film is all set to start soon so stay tuned to get more updates on the same.