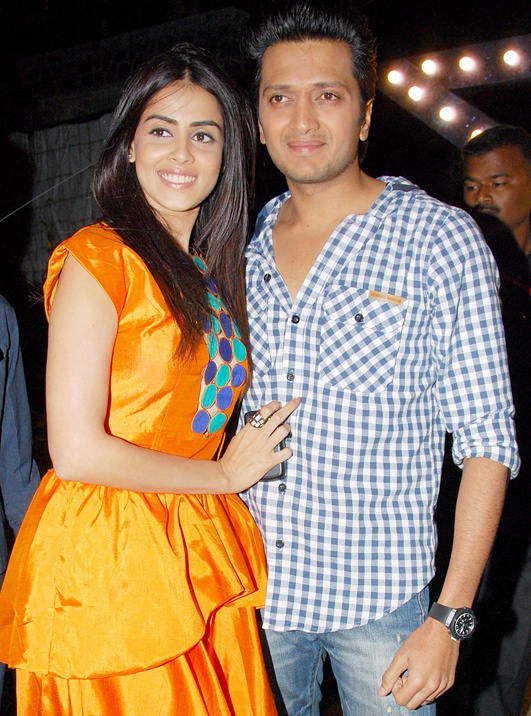 Bollywood’s cute couple, Riteish Deshmukh and Genelia D’Souza, was blessed with a baby boy on Tuesday. The couple who tied the knot after a relationship of nearly ten years, in 2012 is elated about the arrival of the new member in their life. Ritesh who had confirmed the news about Genelia’s pregnancy to the media few months back announced it on twitter that he has been blessed with a baby boy. Right after that many celebs took to twitter to congratulate the couple and wish them best.

Amongst those who tweeted were Karan Johar, Farah Khan, Sajid Khan, Akshay Kumar, Lara Dutta , Shradha Kapoor and few others. Ritesh, whose Marathi debut Lai Bhaari hit the top list , is busy producing another Marathi film. But with the arrival of the baby, the producer turned actor is totally occupied. Recently Ritesh tasted success with production of Marathi films like Balak Palak and Lai Bhaari in which he played a double role. His negative role in Mohit Suri’s Villain also brought him much appreciation. Known as a cute couple , Genelia and Ritesh have more than often been together and supportive to each other in all their ventures. Genelia played a cameo in Lai Bhaari and was also a co producer for the film.