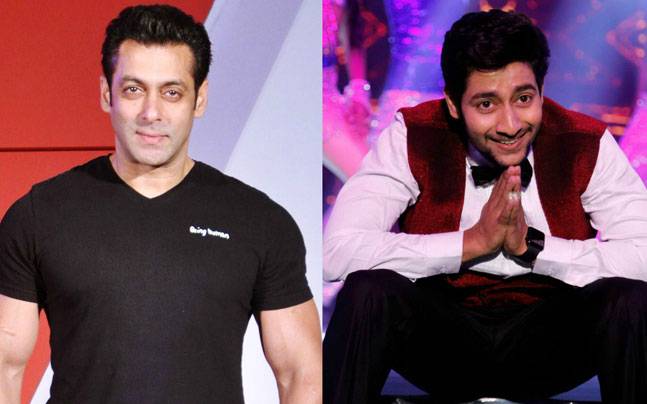 Undoubtedly, Salman Khan is one of the biggest superstars but what makes him everyone’s favorite is his habit of helping other actors – be it the biggest of stars like Shah Rukh Khan, Govinda or upcoming ones like Mustafa or Marathi actor, Aakash Thosar. Recently he took to Twitter to share the first look of his friend and actor/director, Mahesh Manjrekar’s upcoming Marathi film, FU. He posted the poster with caption; “Sairat throb #AakashThosar is back with @manjrekarmahesh’s #FU” The film automatically becomes a hot favorite with everyone because the lead in the movie is played by Aakash Thosar, who catapulted to stardom with his Marathi blockbuster Sairat.

The film was the first Marathi film to gross Rs 100 crore at the box office and was a rage among all when released in 2016. Only Salman Khan could promote others’ film the way he does. With more than 22 million followers that Salman enjoys, the film will get more traction and visibility.

Just last month Salman Khan was seen promoting Abbas’ son, Mustafa’s debut film, Machine. Before that he had released the trailer of his partner, Govinda’s comeback film, Aa Gaya Hero, on his newly launched app. He also launched the first look of Shah Rukh Khan’s upcoming untitled film with Imtiaz Ali, which is up for an August 11, 2017 release.

On the work front, after a blockbuster 2016, Salman Khan is gearing up for the release of his next, Kabir Khan’s Tubelight, which will be an Eid release. Apart from that he’ll be seen in a sequel to his 2012 blockbuster, Ek Tha Tiger, titled Tiger Zinda Hai. The film is up for a Christmas 2017 release and reportedly might clash with Ranbir Kapoor-starrer, Sanjay Dutt biopic. Check out the poster of the film along with Salman Khan’s tweet below: