Catch A new romantic song Moharale He from 35% Kathavar pass 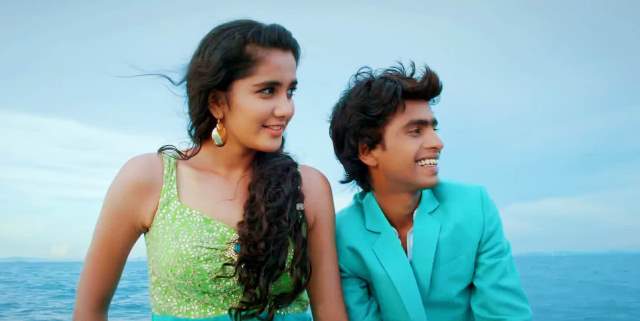 The upcoming Marathi film called 35% Kathavar pass featuring Prathamesh Parab and Ayli Ghiya is back with its new romantic song called Moharale He. This song has been released in the social media sites by the makers of the film. The song has the voice of Adarsh Shinde and Sayali Pankaj and has been shot at the soothing locations of Thailand. As you check the song, you can find Prathamesh to be in ease with his lover boy avatar. Ayli is simply seen looking very much dazzling and surprising in her red dress. Cathing her in the waves of ocean simply makes her look very much exotic and romantic in the song.

It’s a treat to watch the song, which gives a very fresh look and appeal in a summer breeze. The film has the lyrics wherein the lover boy says that he has bunked the classes for her and thus he fails to know whether what sort of result he would have in his college exams. The song suits the best at the backdrop of a lead role wherein he is seen playing the role of a student of a junior college. This film is directed and produced by one man called Satish Motling and the teaser of the film been dedicated to the all the back benchers.