Catch the latest poster from Marathi movie – Half Ticket 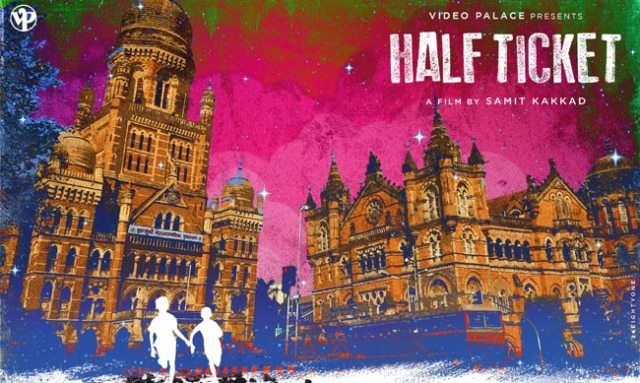 The upcoming Marathi movie Half Ticket directed by Samit Kakkad deals with two kids who lead their life in slum areas. The makers after releasing some posters from the film have embarked with a brand new poster. The movie is made at the backdrop of slums of Mumbai city, which is the portrayal of the iconic Victoria Terminus. The film is made on the streets of Mumbai city and catches up the crux of the great city, which seems to have a different portrayal over the silver screen.

Thus if you check the newly launched poster of the film, you can find the two elements, which defines the city – the local train and the shipyard seen in bright colors in the poster having the two kids covered in the film found amidst the array of vibrant colors. The subject of the poster simply showcases the influence of Mumbai city, which is the use of bring colors in it reflecting the mood that comes out to be upbeat and endearing movie. The film is all set to hit the theatres in July and is the only film to be distributed by Fox Star Studios.