Half Ticket Gets Fox Star Studios as its Distributor 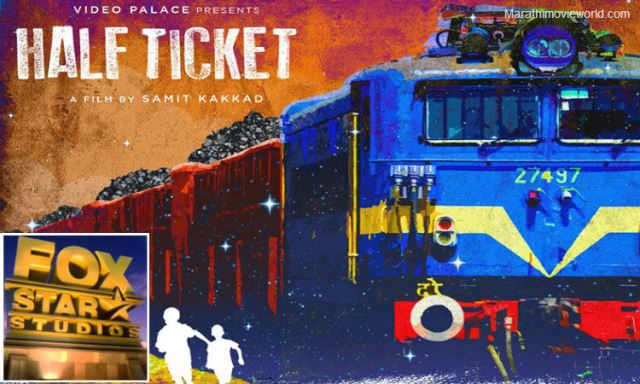 The M Town movies are making their mark not just amidst its audience but also all across the world now. Many movies being screened at the international film festival, hence getting the eyeballs from huge production houses like Fox Star Studios is no surprise. Believe it or not but the upcoming Marathi movie called Half Ticket has bagged the heed of a globally acclaimed production house called Fox Star and the company has decided to distribute the film in the country.

The film Half Ticket is directed by Samit Kakkad, while it is produced by Nanubhai Jaisinghani and the film is in its promotion mode, which revolves around the life of kids. The title of the film is self-explanatory as half ticket denotes to kids below 12 years.  Recently the makes of the movie have embarked with its second installment posters. The film has real locations from the city of Mumbai and its streets, which has given the film a realistic look and feel. The film is releasing in July 2016.