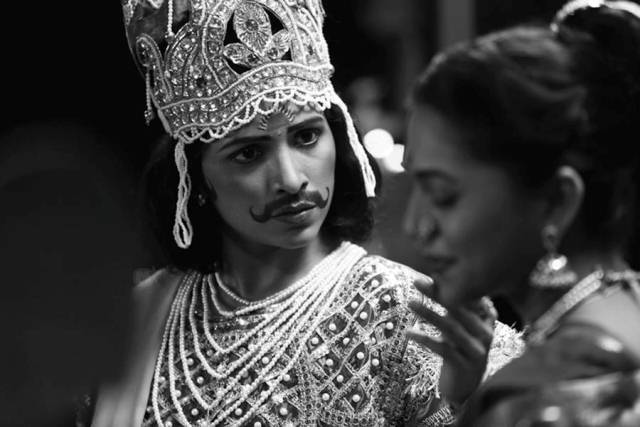 Bioscope , the multi directorial and multi starrer film released with a warm reception from the audience. Bioscope is not a film for the masses but it is one that will impress a class of audience who enjoy simple story telling. From Day one of it’s release, bioscope has received rave reviews from critics and viewers alike. The film attracts audience who appreciate quality content and great performances.

Bioscope is not about masala or glamour but a fusion of four short films shot by four different directors namely Vijay Mane , Gajendra Ahir , Rajiv Jadhav and Girish Mohite. Veena Jamkar, Mrunmayee Deshpande, Mangesh Desai, Smita Tambe, Uday Sabnis, Sagar Karande, Neena Kulkarni, Suhas Bhalekar, Kushal Badrike, Spruha Joshi are the actors who portrayed a array of characters in the film. On the first day of it’s release , Bioscope , collection a total sum of 30 Lakhs . The collection went upto 10 lakhs on the second day. Sunday saw an increase in the collection which was recorded to be 15 lakhs. With accomplished directors and actors in the film, Bioscope, struck the right chords with viewers of all age. Thanks to favorable word of mouth , the film caught up with the audience and registered a good amount of collection on the weekends.