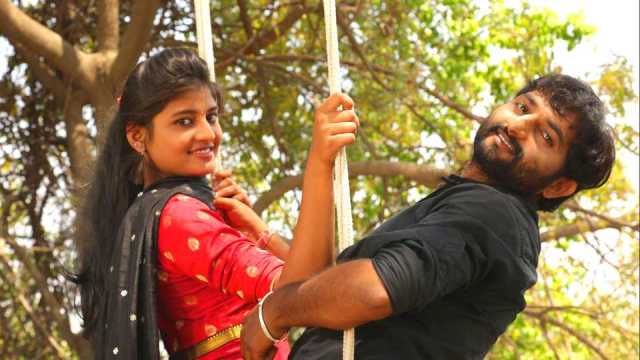 It is a story of a young man who aspires to big in his life making his traditional business from small to big. He has been balancing his studies and work since he was in school. When he comes in college, he falls in love with a girl called Komal then his dreams goes at the back burner while Baban’s rival called Abhay start giving him bad time.

On the face of it you can find some similarities between Baban and Sairat. Though the two differ in many ways but if you look at the climax it seems similar as both the films have pin drop silence. The difference in these two films is that one is love story and other is a drama showcasing a struggle of the lead actor. One can find the film working on different levels and has the fair share as well. So, when t it comes to execution the film seems inconsistent. The film has rural politics, which seems to have been presented well while the director has kept the stuff raw to make the film too appealing. Now, talking about the performances, then one can find the lead actors doing a great job, which has made the film gripping.

Right from Bhausaheb Shinde to Debutant Gayatri Jadhav, everyone has done a decent job in the film playing their roles like seasoned actors especially when you look at them in the climax. However, the movie loses its appeal due its slow pace, along with unwanted songs and several repetitive scenes. The other aspects of the film too remained okay, which include direction, music, screenplay and the technical stuff.

The overall picture seemed to be okay for Baban as it has all the things one would wish to have in any typical masala movie. Though there are some flaws and missing points yet it can be a one time watch film for the M Town audience.