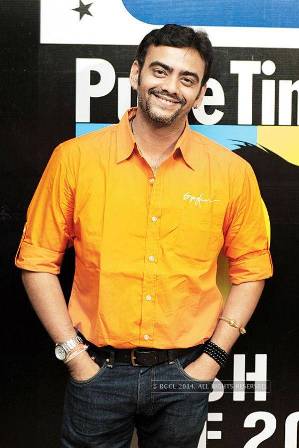 Astad Kale is not an unknown name in M Town. He was born and brought up in Pune on 16th of May 1984. He comes from a non-filmy background with father Pramod and mom Sunita Kale. His childhood started with learning music at the age of four and when he reached at the age of 15 he was trained in classical music. He did his schooling from SD Kataria School and then he went to Fergusson College based in Pune for his graduation. Since he was the bright student since his school days, he did good in college as well apart from being top in cultural activities like Purshottam Karandakspardha winning hearts of many.

He is popular for his roles like Sohan from the TV show called Puddcha Paul aired at Star Pravah, while he was well known for shows like OonPaaus, Asambhav, Nandadeep and Ya Sukhano Ya. As he has a background of music he was successful in his acting career as well and was seen performing a wide range of Sangeet Nataks as well in his career. In 2011, he was the part of creating ruckus in the house party in Pune. His current project is of a TV show Sawaswati aired at Colors Marathi TV. Some of the plays include Khardyachi Ladhai, Sangeet Lagnakallol and KaheKabir. The movies in his career include Platform and Nirop.