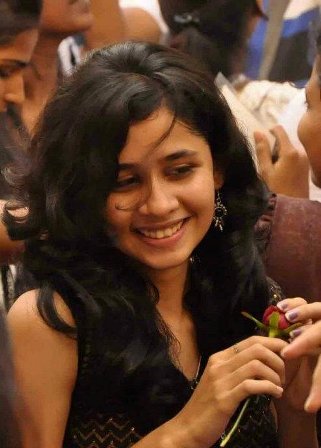 Sai Gharpure is a singer, actor and student. She is more popular in Marathi world doing a couple of TV series and few movies as well. She hails from Thane wherein she was born and brought up at. She is currently doing her graduation in psychology along with other humanities subject from Rui College based in Mumbai. She intends to do her masters in Psychology apart from pursuing her acting world. She did her schooling from Saraswati Secondary School, Thane. During her student life, she was active in cultural activities wherein she played different characters on stage. When she was in tenth standard, she thought of trying singing getting inspired by a local singer.

Soon she got the chance to work in a Marathi TV series called Ek Mohar Abol aired at ETV Marathi. The plays include Kevadaci Sainam, which she did after Riopana.Talking about her debut in films, she got the chance to work in the film Timepass wherein she worked with the actors like Prathmesh Parab, Ketaki Mategaonkar and Vaibhav Mangle. She is still a student and has to go miles in her career, but as far as her start is concerned, she has struck the code and will certainly going to make something good in her career of acting or singing, let’s see how things move in her life.