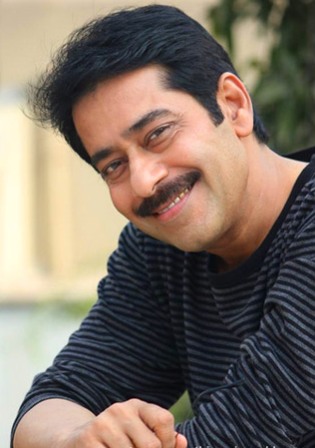 Ashok Shinde is a popular actor, producer and entertainer. He was born and brought up in Mumbai. He was born on 1st January 1976. He comes from a family of a make-up artist as his father was into makeup in film industry. He is known for his simplicity, positive attitude and commitment and has done his engineering in electronics and later worked in Telco for around six months. Later he returned to film industry walking on the path of his father working as a make-up artist. He is married to Pooja Shinde who is an MBA and interior designer and the couple has two daughters called Neha and Yogna.

In Ashok Shinde career sprawling to 2 and half decades in the domain of acting, he has worked on films, TV and other characters in the lead and supporting roles. In his career, he has done has 111 films with 100 TV serials apart from the 42 daily soaps aired at Sahyadri Channel. His recent work on TV includes Sakhi Saubhgyavat aired at Zee TV. He is a prominent figure in Marathi TV serials and films. His recent film in M Town includes Kaakan. Also, he was seen joining the theatres wherein he has been the part and parcel of a number of plays, which include PremPremAste.