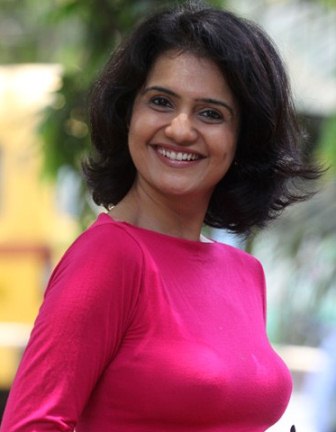 For someone who had always dreamed of being an actress, a film like Shwaas would be a dream debut. Indeed, Amruta Subhash, who is the daughter of actress Jyoti Subhash began her stint in Marathi film with the film Shwaas which has gone down in the history of Marathi films as a landmark. The actress has also struck gold with the film Killa which released in 2014. It is the National Best Marathi feature film of the year.

Before she became a part of Shwaas, she was active in theatre in drams of all genres. The 36 year old actress was an admirer of her mother’s work and so joined the National School of Drama in News Delhi. As soon as she completed her training, she became actively involved in the Marathi drama troops across the state. The famous Marathi play written by Pu La Deshpande , Ti Fulrani , gave a great opportunity to showcase her talent. The play gave her a stepping stone to success and then there was no looking back.

When Shwaas was offered to Amruta Subhash in 2004, she had already been seasoned in the theatre. In the film that attracted international attention, being the official entry for Oscars. She played the role of a social worker who guides the grandfather and grandson duo in their predicament. Her performance was highly appreciated and was noted to be instrumental for the film’s success.

In 2006, she became a part of the film White Rainbow which was based on the lives of widows in Varanasi who are forced into prostitution. Later she played a key role in the directorial debut of Nandita Das, Firaaq. She also experimented with roles in Television also. She is well known for her lead role in the serial Awaghyacha Sansaar aired on Zee Marathi. On the theatre front, her association with celebrated play writer Sachin Kundalkar was highly successful. First Gandha and then Chhotyasha Suteet were successful and Amruta established herself as a leading actress.

Besides acting, Amruta Subhash is also known for her singing skills. She rendered her voice for Haapus and Ajintha. She has also released her music album Jata Jata Pawsane which is a melodious collection of Marathi songs.

After Shwaas, Amruta Subhash once again tasted international success with the film Killa in 2015. It was awarded the Best Marathi film in National awards 2014. She played the mother of a ten year old boy who struggle to settle down in a new place emotionally. The film is the latest feather in her cap of this passionate actress.