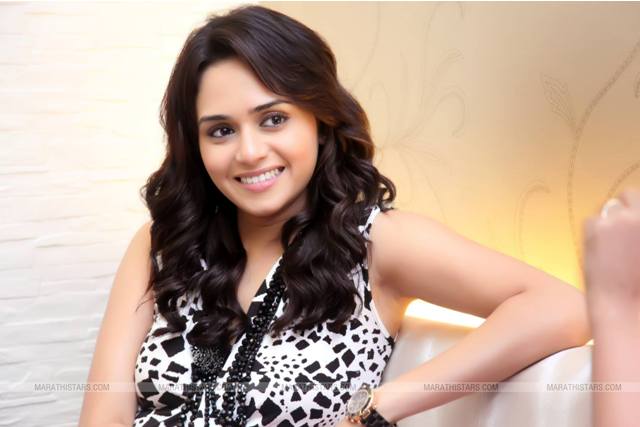 Amruta Khanvilkar posted on her twitter about her decision to tie the knot with her boyfriend Himanshoo Malhotra. Both the actors met each other on the sets of the reality show Cine Stars ki Khoj ten years ago.

Amruta has worked in many Marathi movies and stage shows while Himanshoo has been a part of Hindi serials. Amruta and Himanshoo recently revealed that the two have been in a serious relationship for many years. After they met in the reality show the two became great friends and stood by each other in ups and downs all these ten years. Finally they have decided to tie the knot in the second week of January on the day of Basant Panchami. They will enter wed lock on 24 January 2015 which is supposed to be a very auspicious occasion to get married.

Amruta and Himanshoo are described as made for each by their friends. Amruta has acted in Ram Gopal Verma ‘s film Phoonk and Contract. The famous dance number Vajle ki Barah in Marathi is picturized on her. The actress is a sought after dancer in various stage shows and owes her fame to her dance numbers. Himanshoo, on the other hand has appeared in Reality shows and TV serials. We wish the soon to be couple Amruta and Himanshoo all the every best in life.

Subodh Bhave goes bald for the role of Lokmanya Tilak