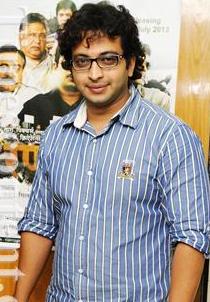 Amol Kolhe is among the known face in M Town and a reputed actor. He was born on 18th October 1980 and has gained reputation with the TV series called Raja Shiv Chattrapati aired at Star Pravah. He was born in Narayangaon and later shifted to Amol. Apart from being an actor, he is also an effective orator and has been active in a political party called Shiv Sena wherein he carved his niche of a politician as well. He and his brother came to Pune wherein he did his schooling from the school called Apte Prashala and did his junior college from the same institute in science. He then headed to Bombay to pursue his MBBS from GAS College.

He was good in his studies and known to secure DT in both of his SSC and HSC exams and came in flying colors at National Talent Search Scholar Exams as well. He even secured high in his University Studies. As far as his personal life is concerned, he is married to Dr. Ashwini Kolhe who is an assistant professor in a medical college and the couple has a daughter Aatya Kolhe who all stays with his parents and elder brother in Mumbai. His interest to act led him to theatres wherein he got the chance to work with plas like Bhagwa – NrutNatya, Maha Natak Shivputra Shamburaje, Proposal and Sattadish.

He then got the chance to work in small screen working in different TV serials like Wonders of Maharashtra, Weekend Mejwani, Aamchi shakha Kuthehi nahi, Sanga uttar saanga as a Host, while in the Hindi serial he was seen in Veer Shivaji and Olakh. He is a fitness freak and loves horse riding and biking since his teens. With a strong and fit health, he got the opportunity to work in the TV series including Shambhuraje and Raja Shiv Chatrapati.