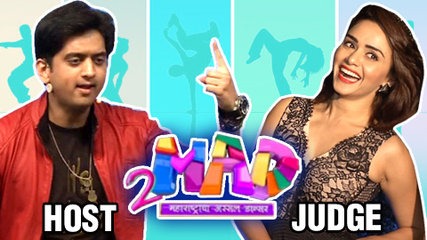 Amey was recently seen in the film Ghantaa which did not get much response on the box office. The young heartthrob of Marathi cinema has excelled as a host too. Amruta , on the other hand , has been doing very good in films lately. Her movie One Way Ticket got her loads of appreciation.

2 MAD will be telecasted on Colors Marathi from 9 January 2017. Every Monday and Tuesday, you can watch the show at 9.30 p.m.

So that promises a crazy dance extravaganza all the way !!

Farah Khan to appear on KBC hosted by Swapnil Joshi