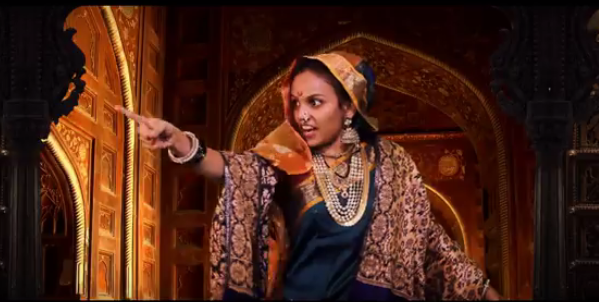 Shiv Chhtrapathi is an upcoming film based on the Maratha dynasty in the state. This periodic film looks thrilling and gripping. The teaser show great action and bloodshed set in the period of Maratha dynasty. The film will be releasing in January 2017. The star cast of the film includes Uday Sonavane, Sachin Raut, Pankaj Deshmukh, Shweta Kale, Sidharth Shilimkar, Abhijeet Kadam, Aboli Sathe, Tejaswini Edke, Nikhil Marathe and Someshwar Kalje.

Sahas Barpe has directed Shiv Chhatrapathi and it is written by Amruta Kadam. As periodic films are always a favourite genre among Marathi audience, this film promises great excitement. Comparisons with Rithiesh Deshmukh produced Chhatrpathi Shivaji is inevitable.

The last successful periodic film in Marathi, Rama Madhav, released a couple of years back. Last year Sanjay Leela Bhansali’s  period drama set in Maratha dynasty Baji Rao Mastani was warmly received by Marathi audience. Now it remains to be seen whether this film too will get the same response next year. The other film Chhatrpathi Shivaji and this one might manage to just avoid clashing at the box office. Prima facie both the films are the bio pic on the life of Maratha warrior Shivaji Maharaj. So time will tell which one fares well.