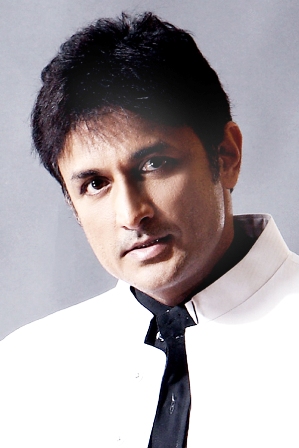 Ajinkya Deo is the handsome actor in Marathi industry whose looks can certainly fool you for he is around 53 years of age but looks too young. Ajinkya Deo belongs to a family of film makers. He ventured into Marathi films at a young age and has continued to work ever since. His list of Marathi films is long and he has acted in a few Hindi films and serials as well. His face is well known to the Marathi audience through movies and serials, having played key roles in them.

Born on 3 May 1963, Ajinkya Deo’s father Ramesh Deo was a veteran Marathi actor and producer. His uncle is also a film maker and so his elder brother Abhinay Deo. Abhinay Deo is well known in Bollywood as the director of Delhi Belly and many others.

Ajinkya,in his young college days, had aspired to be a pilot. Later he also took some training in computers. But Ajinkya finally ventured into films as his first love.

From his first Marathi film in 1985, Ajinkya  has played powerful leading characters. He has also won a national award for the film Sarja in 1987. The won was adjusted best Marathi movie at National awards that year. Ajinkya continues to be impactful in roles with his charming looks and macho appearance. The list of his successful films include: Shabbas Sunbai, Sansar, Kashyasathi Premasathi, Jasa Baap Tashi Poore,Maherchi Sadi, Ek KRantiveer Vasudev Balwant Phadke, Ringa Ringa, Jeta, Dubhang.

Ajinkya and his wife run a school in Mumbai for children with learning disability.

Ajinkya’s recent release Nagpur Adhiveshan has this veteran actor playing the one of the lead roles of a politician.