Ajinkya Deo shares his success with fans on twitter 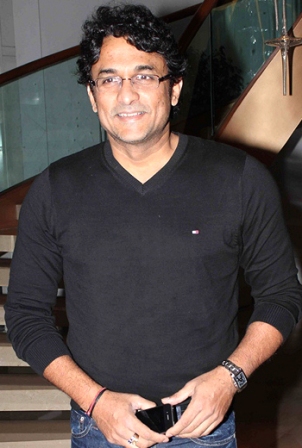 Ajinkya Deo recently took to the micro blogging site and shared with his fans his happiness over the recent success of his films. The actor who has played multiple roles with various shades has shined both in Marathi and Hindi films. Though not counted among the main stream actors, Ajinkya has succeeded in carving a niche for himself in the field of acting. The actor thanked his fans for the love and support they have offered him. Ajinkya will have no less than nine releases this year . Out of them, the two films Sau Shashi Deodhar’ and ‘Bhatukali’ were warm successes. Now he looks forward to the films that are waiting to release.

The actor who has portrayed more villainous characters than positive ones is nearing 50 but still continues to get offer from all quarters of Marathi film industry. Among his ambitious projects that are waiting their release this year is ‘Rakhandar’ which is a drama and is directed by Mrinali Patil. The film also has Jitendra Joshi in an important role. Ajinkya also tweeted that though he has been a part of many films from many languages, the appreciation and love Marathi films have given him is most special for him. The actor will turn 50 this year.