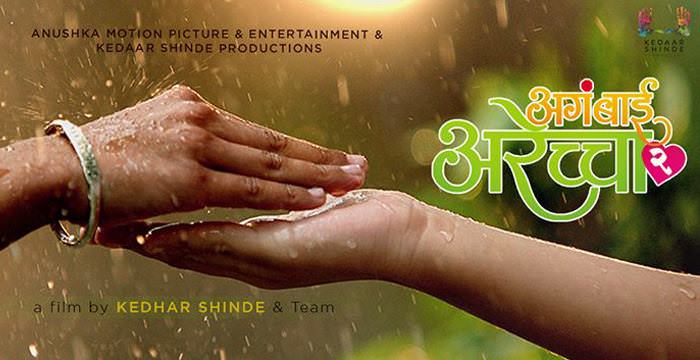 Kedar Shinde is back with the sequel of the box office hit movie ‘Aga Bai Arrecha.’ Released in 2004, it was Shinde’s directorial debut and the movie was loved by the fans of Marathi movie.

Aga Bai Arrecha was lightly based on “What Women Want,” a famous Hollywood movie. It featured actors like Sanjay Narvekar and Dilip Prabhavalkar. After 11 years, Shinde is back with the sequel Aga Bai Arechyaa 2. This Marathi movie stars actress Sonali Kulkarni along with Bharat Jadhav and Prasad Oak, who play pivotal roles. The first look of this romantic drama was revealed on international women’s day and beautiful actress Sridevi launched the music of the movie recently.

The Marathi movie lovers are all giving great reviews for the official trailers released recently. With the movie set to be released on the 22nd of May, this year, it is yet to be seen, how the sequel fares in comparison to the prequel which was a hit and loved by all.

Aga Bai Arechyaa 2 is produced by Bela Shinde and Narendra Fiordia, under the banner Anushka Motion and Entertainment. Debut music composer Nishad, son of Manohar Golambare, has done great justice to the music of this simple yet sensitive movie. And renowned singers like Shankar Mahadevan, Adarsh Shinde have lent their voice to this movie.