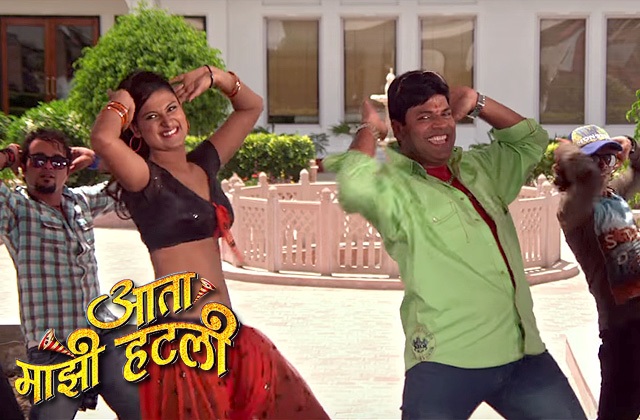 In the wake of Ganesh Chaturthi celebrations, Aata Majhi Hatli released amidst the religious fervor. Though it is the festive season, Aata Majhi Hatli, a comedy and thriller received average response at the box office since its first day of release. A lukewarm response to the first day ended up in a moderate collection. The occupancy of the theatres across Maharashtra was recorded as 70% in all. Mumbai alone recorded a crowd of 75%in its theatres.

Pune, which showed above average crowd for Kanha, last week, registered  occupancy of about 68% in its theatres. The audience response was mainly for the presence of comedy king Bharat Jadav. As he is a well known and popular actor his fans particularly thronged the theatres. The box office report says Aata Majhi Hatli reported a collection of Rs 50 Lacs on its first day. Whereas on the weekends it picked up but gathered only a disappointing collection of 96 Lacs. Saturdays and Sundays were packed in Mumbai suburbs and Pune rural for Aata Majhi Hatli. The estimated total collection is 1.6 crores.

The review from the audience is average for the movie. However critics have dismissed the movie as a comic failure. Despite of this Ruchita Jadav and Bharat Jadav have been appreciated for their work. Music failed to touch any chords among the audience.