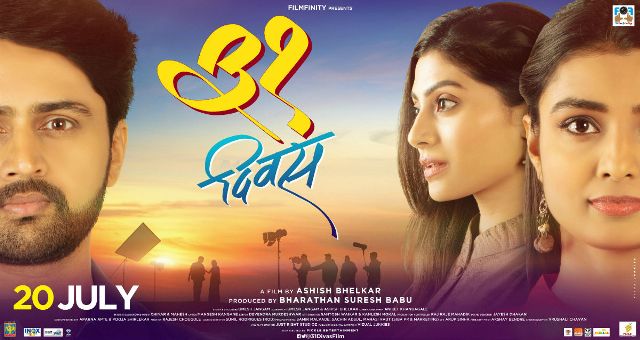 Unfortunately, the film had a novice called Ashish Bhelkar who did his debut with this film in the M Town. The film deals with a story of a young man trying to make something big in the media against all odd. With film becoming too predictable till the interval, there was some amount of surprises, however, it  failed to impress the audience in a big way and so the critics as well. So, it was obvious to see the buzz of the film to be pretty meager that was clearly reflected at the box office. The film opened up with a meager buzz and low occupancy report. With 10-12 percent occupancy in the morning, it went on to give additional figure getting 15 to 18 percent occupancy in the evening show.

So, it was obvious to see the low figure for the film at the box office. As per reports, the 1st day box office collection for 31 Divas tolled to around 30 lakhs, which is a low figure for sure. However, the experts have opined that the film has the potential to do a better business had the makers were able to put the best over the box office. The low start cast too was the problem that failed to garner any buzz in the media. However, in the first weekend there is some hope to see some surge in terms of collection. One can expect some surge for the reason that the film happens to be a solo one in the M Town and there is no such competition that will give options to the audience.

The Marathi Bigg Boss has got its first winner