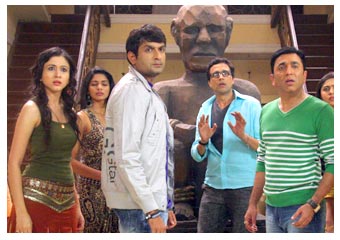 The Marathi movie 106 Hutatma Chowk is a historical drama, which revolves around the formation of Maharashtra state, which enjoys its formation of four and half of its formation. The film is made to pay a tribute to 106 people who laid their lives while struggling to form the state in India. Currently the director is yet to release the star cast before the media, however, the speculation is rife that there are many veteran actors from the M Town who are roped in for the film. As per the sources, this film is more likely to be rich in content and other aspects including music, screenplay, direction and costumes.