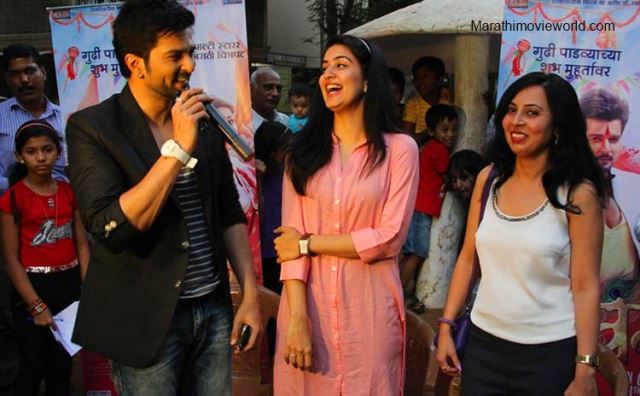 These days the filmmakers are leaving any special day to promote their films. Similar is the story with the star cast of Vrundavan who all also decided to exploit International Women’s Day. Amidst the celebration of W Day, the stars were seen in state dress especially the women from the said film. They were in Thane, which is regarded as the biggest hub Maharahtraian culture after Pune; the filmmakers were seen having good time at this place apart from promoting their film.

They chose a society called Vrundavan Society in Thane wherein they saw a huge crowd of Marathi women joining them and having gala time with them while performing dance with the lead actors of the film along with producer and director. These include Rakesh Bapat, Pooja Sawant and Vaideshi Parshurami. The film crew is seen moving at different places to promote their upcoming film, which is releasing next month on the same date, which is 8th of April amidst the celebration of Gudi Padwa. Similarly, they were in Pune at a college festival to promote their film.