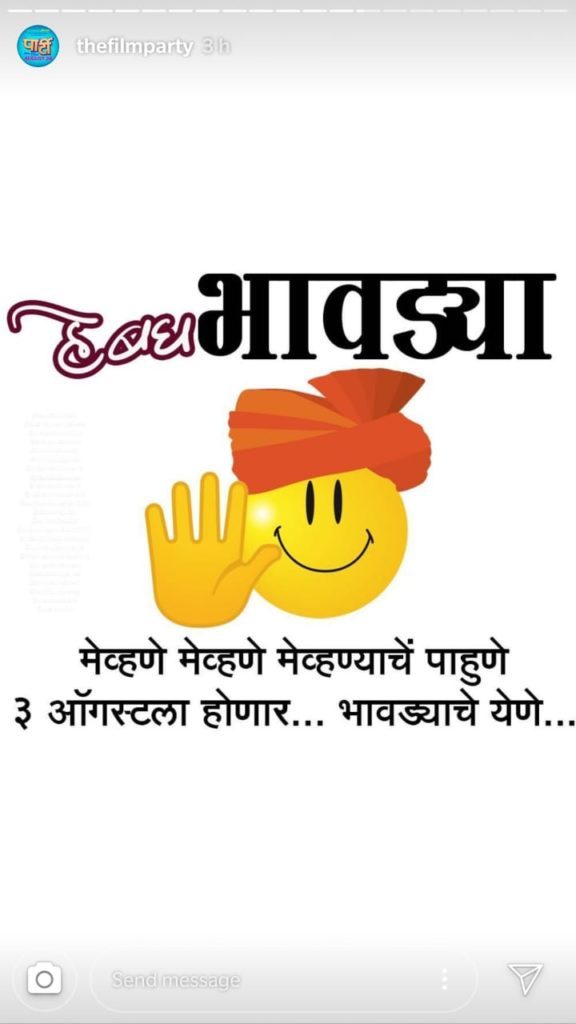 The M Town is active and energetic and has all the reasons to embark upon different films and the movie ‘Bhavdya’ is all set to the the screens soon this month of August! As the film announced, it was in the discussion in the social media for several reasons not just in one city but everywhere. One question that embarked, Who is the man called ‘Bhavdya’? This question seems to be wrecking all havoc over the social media! The Teaser for the film posted over the social media seems to be going viral! Everyone is now very much excited for his arrival but at the same time they are even perplexed about the same!

At the first go, it is likely to felt like this only and has something to do with the M Town film called ‘Pushpak Viman’ which is all set to hit the theatres on 3rd August! And then we saw the cast and crew of the film Pushpak Viman posing congratulating messages ‘Bhavdya’! After that we saw the actors and technicians from the upcoming film called ‘Party’ which soon started posting about ‘Bhavdya’. In fact, we have also seen a post from the film Party wherein the makers of the film have tagged the actor Ravi Jadhav over his cool and popular dialogue from – Timepass from the movie.

The film has a dialogue along with few songs even coming along. Also, the man called Tejashri Pradhan was seen getting tagged over a post for asking her with the dialogue ‘Ti Saddhya Kay Karte?’ & soon she got the reply coming in the form of ‘Ti Bhavdya Chi Vaat Baghte’! On the social media particularly at the sites like twitter & Instagram, we saw a number of celebrities getting  posted about ‘Bhavdya’ and are then sharing the posts for making it viral! The overall picture claims that Bhavdya has gone now viral and everyone seems to be waiting to know who would be the Bhavdya. Do, comment on the same and let us know what do you feel about the same.