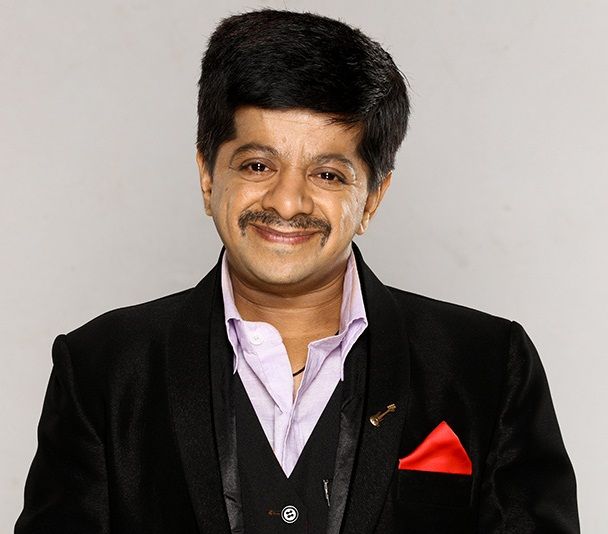 Vinit Bonde is a Marathi TV and film actor who hails from Aurangabad. He was born and raised in this city and comes from a family of a businessman. He was born on 5th March 1979. He has two elder brothers and he remains the youngest and close to his mother. While his schooling was done from Saraswati Bhavan High School and later he went on to complete his graduation from Dr. Babasaheb Ambedkar Marathwada University. Since he was keen on taking up acting as his career, he headed to Mumbai to try his luck in this field. With a bit of struggle, he got the chance to be the part of Marathi Film called Shahanapan Dega Deva in the year 2011.

He then appeared in different TV shows including Yellow in 2014, Punha Gondhal, Punha Mujra, Bhikari and Veda’s BF and so on. Soon he got the chance to enter into the small screen and was offered the comedy chat show called Chala Hawa Yeu Dya from the year 2014 aired in Zee Marathi. His talent and perfect comic timing helped the show to gain good TRP. Later he got the chance to be the party of the reality show – Bigg Boss Marathi. It was the debut season for the small screen in Marathi circles and popular actor of Bollywood and M Town Mahesh Manjrekar was the host of the show.

The show was aired at Colors Marathi and it was also aired at the Voot App. He also got the chance to work in Comedy Nights with Kapil aired on Sony TV. Talking about his personal life, he is very much a fan of veteran Marathi actor Sachin Pilgaonkar. He likes dancing and singing while talking about his marital status, he is married to Sonam Pawar a girl from Solapur in an arranged marriage. Stay tuned to know more about this Marathi actor and others only with us and comment about him if you have anything to share.