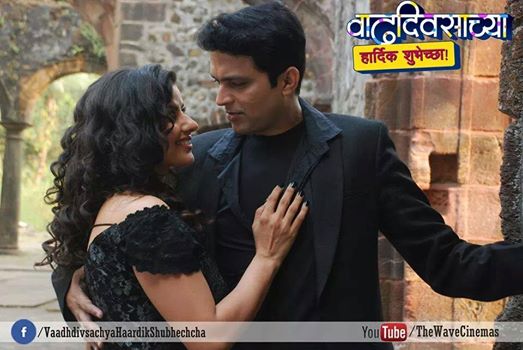 Vaadhdivsachya Haardik Shubhechcha is an upcoming movie that is to be released all over Maharashtra on the 22nd of August, 2014. The official theatrical trailer has been released and one can have a look and feel of it on the different social media and know what to expect from it. It is a multi-starrer Marathi movie starring Sushant Shelar, Ankush Chaudhary, Pushkar Shrotri, Madhu Sharma, Sanjay Khapre, Hemangi Kavi, Rajesh Bhosle, Jaywant Wadkar, Shashikant Kerkar, etc. who have been given vital roles in the movie. Deepak Naidu is its director, while Wave Cinema Ponty Chada along with Celluloid Logic Pvt. Ltd. are its producers. Screenplay is done by Shirish Latkar, while the story is scripted by Deepak Naidu.

The trailer has been well received by the audience, who have been looking forwards to the releasing of the movie this month. The producers are expecting good box office opening and the movie to impress the audience.