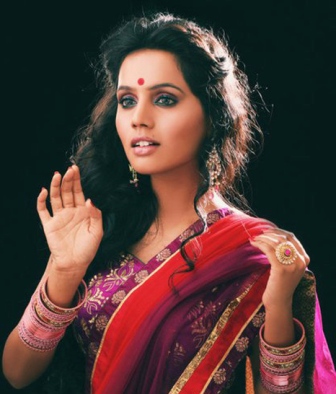 Urmila Nimbalkar is not an unknown name in small screen world. She is born and brought up in Pune wherein she had her schooling and college. During her student life, she has been active in cultural activities in college and also has been the part of few theatre groups, which helped her gain an edge in acting. Besides she has done her graduation in Arts from the known college in Pune called Fergusson College. Later she did her fashion designing from the known college National Institute of Fashion Technology based in Pune. After completing her education, she also had her fashion designing firm called Fashion N Image Consultancy, which she still deals with the firm.

Her journey in acting world started with the Star Plus TV serial called Diya aur Baati working in a character called Ankita Bhabhi that turned out to be the household name now. She then got the chance to work another TV serial called Ek Taara, which was directed by Avadhoot Gupte, while was even seen in the TV serials called Meri Ashiqui Tumse Hi which was aired at Colors and produced by the group of Ek Kapur’s production company called Balaji Telefilms. Here she played a perky character called Parul. She is also the current Marathi TV serial called Duheri wherein she has the lead role in it.

Apart from being active in theatres and small screen, she also got the chance to work in movies including Highway and Sanai Chou hade. This has made her a complete actress in the acting world. As far as her personal life is concerned, she is married to her old time boyfriend called Sukirt Gumaste in 2013 and enjoying the bliss of married life. The two have known to each other since long and are leading a decent and successful married life.