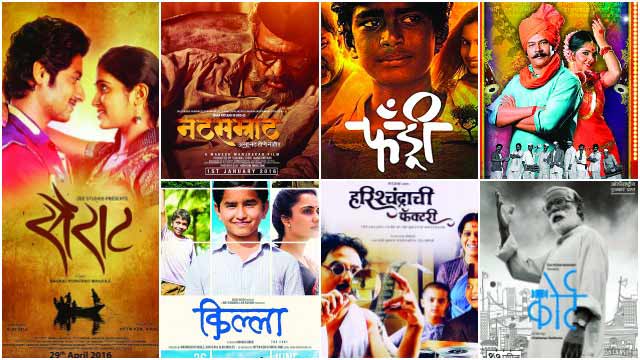 A lovely tale of love, passion and sacrifice. Sairat was a major Hit of the year 2016.

Natsamrat is impeccable and deserved all the applause it got.

Phuntroo was amazing in cinematography and effects. And who can forget the mesmerizing petite beauty Ketki Mategaokar.

An official remake of award winning Tamil film, Half Ticket touches the soft strings of your heart.

Priyanka Chopra sung “Baba” was the soul of the film.

Dilip Prabhavalkar and Vandana Gupte were adorable as the old couple.

The actors did a commendable job.