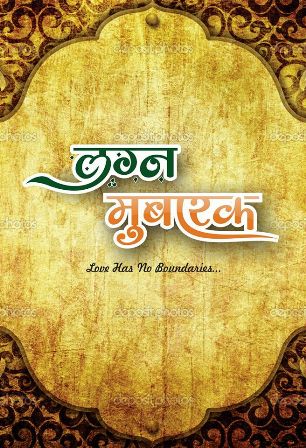 The upcoming M Town movie called Lagna Mubarak is produced by Abhay Pathak and Gauri Pathak under the banner of Aarav Production and Pathak Productions, while it is helmed by the man known as Sagar Pathak. The film has an interesting star cast, which include Sanjay Jadhav, Prarthana Behere, Sanskruti Balgude, Sidhhant Mule in the lead roles, while the story comes from Sagar Pathak and Akshay Kardak. While the music is given by  Sai- Piyush whereas the lyrics have been jotted by Akshay Kardak and the Cinematography or the DOP is carried out by  Bhushan Wani and the editor is Guru Patil and the Choreographer is carried out by Umesh Jadhav and the genre of the film is romantic comedy. The film is all set to release next year in 2018 on 19th January.

Now, talking about the plot of the film, it deals with the twists and turns, which deals in the cool journey of love and the way they are seen showcasing the feelings, which can help a young couple in finding their eternal love and companionship. In a sense you get the chance to catch a beautiful love story, which happens to give the best of the content that is interesting to catch. Well to know more about this film and others, do keep on tuning with us to get the best of the crux from it and yes don’t forget to come out with your views on it.