Swapnil Joshi, Sai Tamhankar & Nagraj Manjule will be soon seen with their Own Kusti Teams! 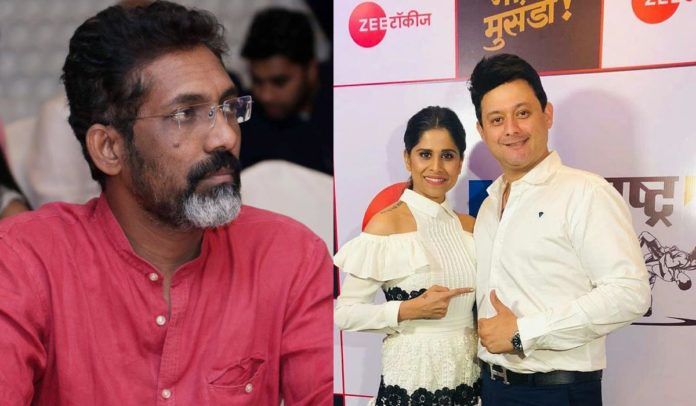 It seems that the Marathi entertainment industry is also treading the conventional path as shown by mainstream media – the B Town and others. They are now embarking with a Kusti Dangal as seen over the small screen of Hindi TV world. It will be aired on the popular TV channel called Zee Marathi under the banner called Zee Maharashtra Kusti Dangal, which will be starting from 2nd November to 18th November to be aired at the said TV channel. With this the Marathi film industry would add the missing glamour as many of its stars and celebs like Swapnil Joshi, Sai Tamhankar, and Nagraj Manjule will be seen with their own teams in the Dangal!

Swapnil Joshi has his own team, which is called as ‘Vidarbhache Wagh‘, while Kolhapuri Mavle and Nagraj Manjule will have their own team called ‘Veer Marathwada‘! The other teams participating in the said show include Puneri Ustad, Yashwant Satara, Mumbai Astra and which are owned by Shantaram Manve, Purushottam Jadhav, and Rakesh Dhake respectively. Talking about the team, Nagraj Manjule, he was seen talking about the show and said that such mega events will help in bringing out the Kushti in a focus.

Talking about the event, Swapnil Joshi who is also one of the owner of a Kushti team said that the ultimate victory will be of the Kushti team, he then was seen sharing about his experiences of life with this sport. Similarly, Sai Tamhankar too was seen talking about the same and said that he had a childhood connection with this sport and that she has grown watching the same in ‘Sangli’ wherein we have seen playing almost everywhere. She then said that she has been fascinated a lot by it! Now she has seen playing as a team owner which makes her both nervous and excited about what really goes in the show.