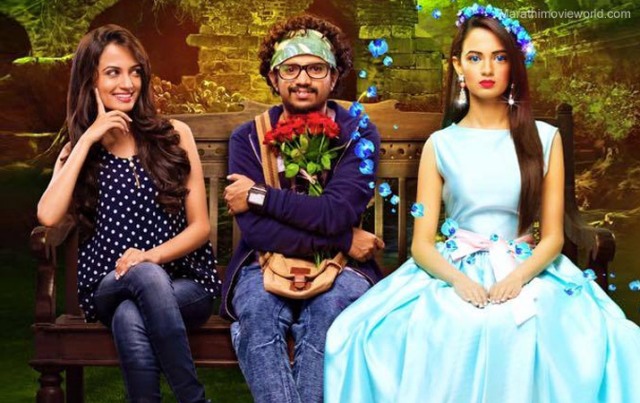 Sujay Dahake is a well known name in Marathi Cinema,  who started  his career with the film called Shala. He then did Ajoba in opposite Urmila Matondkar that was presented LV Shinde & Group. With his power packed performances leading him a further feather in his career. He is now seen embarking with a new film called Phuntroo, which will be his debut production venture. He is fortunate enough to get the support of a huge brand name in B Town called Eros International to present his film in the Marathi Cinema.

The film is a science fiction called Phuntroo, which is produced by Krishika Lulla, while the first look of the film is getting a good response at the social media network. The film revolves around the life of certain Engineering students who has come scientific concept to present before the world. The film has Ketaki Mategaonkar playing the lead role along with Madan Deodhar who is doing his debut in this film. The other actors in the film in the supporting role include Shivani Rangole, Shivraj Waichal, Rutturaj Shinde and Anshuman Joshi to name a few. The film is all set to hit the theatres soon.