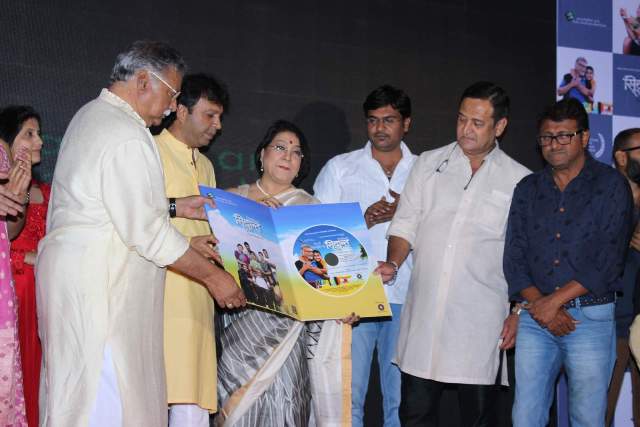 Debut director Vivek Wagh’s Mararthi movie ‘Siddhant’ has been selected for the Toronto International Film Festival of South America and the New York Film Festival. Thought it is slated for a release on the 29th of May this year, the movie is already making an impact on foreign lands.

The gala music launch of the movie witnessed the coming together of actors Vikram Gokhale, KishorKadam, Ganesh Yadav, Swati Chitnis,Neha Mahajan, Madhavi Soman, Sarang Sathaye, Chandrashekhar Kulkarni, Suraj Satav, Prashant Tapasvi, KanchanJadhav and Baba Afle. Singing sensation Shankar Mahadevan and Makarand Deshpande added to this glamorous event with their soulful songs from the movie. Both agree that the lyrics written by Kishore Kadam and composed by ShailendraBarve are beautiful and sure to touch the hearts of the audience. At the music launch, VivekKajariaof Holy Basil Productions Pvt Ltdsaid films are a great medium to bring about a social change and this movie will also give out a social message to the masses.

Amit Ahirrao of Virtue Entertainment is co-producing this sensitive movie, which revolves around a grandfather and his grandson. The movie showcases the mathematical aspect of our lives. The protagonists played by actors ArchitDevdhar and VikramGokhale have done justice to the characters and their performance is praiseworthy.

Though this is Vivek’s first movie as a director, he has done a fabulous job. Earlier Vivek has worked as the executive producer for successful films like Checkmate, and RingaRingaa to name a few.

Previous Vikram Gokhale Stars In Siddhanth, A Touching Story Of A Grandfather & Grandson
Next Siddharth Chandekar