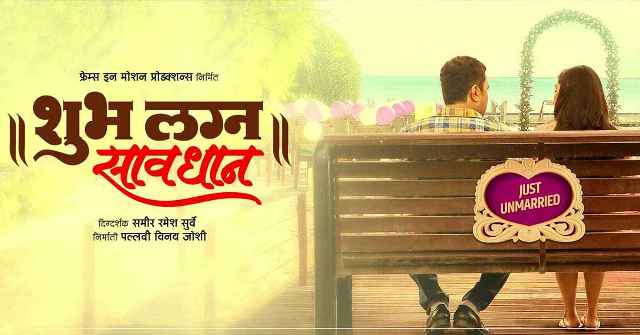 The film Shubh Lagna Savadhan remained as alien in the media with a very less or zero buzz in the social media and other circles. Despite embarking upon the trailer and the posters, the makers failed to promote the way the films are promoted in the media. This has kept the buzz down for the film. Secondly, the film had a low star cast as well, which also failed to garner any buzz for it. Thirdly, the film had low reviews by most of the critics, which also would hamper the collection on the first weekend discouraging the buzz low in the media. Now, let’s check the way the film has performed on the first day.

The Sameer Ramesh Surve film started with occupancy of around 10-12 per cent in the morning shows, while it went to increase in the evening shows just because it failed to garner much buzz during its promotion and other phase. Also, in the evening shows, the occupancy of the film reached to around 20-30 per cent in most of the cities in Maharashtra and the states closer to it. Thus the collection remained down on the first day. As per reports, the 1st day box office collection for Shubh Lagna Savadhan went to around 50 lakhs.

It may witness a bit of escalation in the first weekend provided the film would garner the decent buzz in the media. As per reports, and experts, the film would collect mostly up to 2.5 crore on the first weekend, while during the weekdays it would go slow for obvious reasons. The makers have not much to offer when it comes to the movie content and story is concerned. As it revolves around the destination wedding, it soon becomes predictable that would not help in developing a good word of mouth buzz in the media. This is going to hamper the business of the film in a big way. Stay tuned to know more about the film and others only with us.