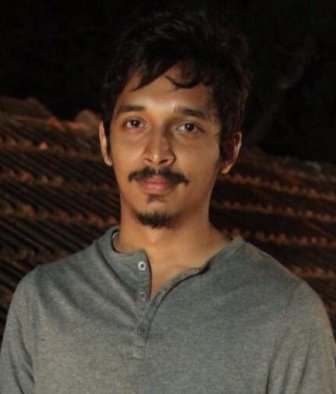 Shivraj Waichal is among the emerging names in M Town along with Marathi TV serials. He hails from Pune wherein he was born and brought up at. He did his schooling from Jnana Prabodhini Pathshala from Pune commonly termed as JPP and then went on to do his fine arts from the college Bharati Vidyapeeth’s College of Fine Arts doing his graduation in fine arts. He worked for a while in his school as well as an art teacher but at the same time was connected to a couple of theatre groups doing several plays to address his passion.

He has been active in doing a number of cultural activities program during his college life that developed his interest in acting making him active in theatres. He then got the chance to work in small screen with small roles and soon approached by a Marathi filmmaker called Sujay Dahake for a role of an engineering student in his film called Phuntroo, which hit the theatres in 2016.

He then got the chance to work in another TV serial called Bun Maska, which currently running in the newly launched TV Channel is called Zee Yuva. As far as his personal life is concerned, he is still unmarried and not dating one as he wants to focus on his career.