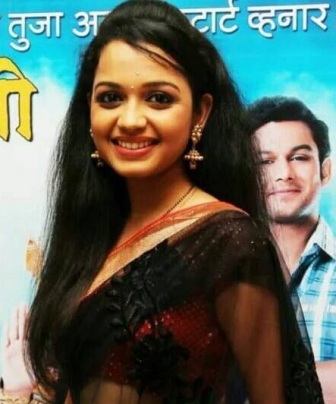 Rashmi Anpat not an unknown name in Marathi TV serials and is the one who is looking for opportunities to enter Marathi Movies. She was born on 15th November 1988 in Pune and was raised in this city only. She had her schooling and college from Pune itself and was a known face while working with a number of plays and cultural programs. This led to sow the seeds of acting in her personality thus giving ways to make her career in this field. Hence when she completed her studies, she simply headed to Mumbai the land of opportunities and city of dreams to pursue her passion called acting.

Soon with a brief struggle she got the chance to work in a TV serial called Asava Sundar Swapnancha Bangala wherein she played the character called Ishvari in the year 2012. She got rave reviews for her performance in the TV serial leading her to other TV shows including Suvasini and Puddhcha Paul, however, here she played the negative characters.

Currently she is working in a TV serial called Freshers aired in the newly launched Marathi channel called Zee Yuva. As far as her personal life is concerned, she is married to her old time friend called Ameet Khedekar who is also an Marathi TV actor.