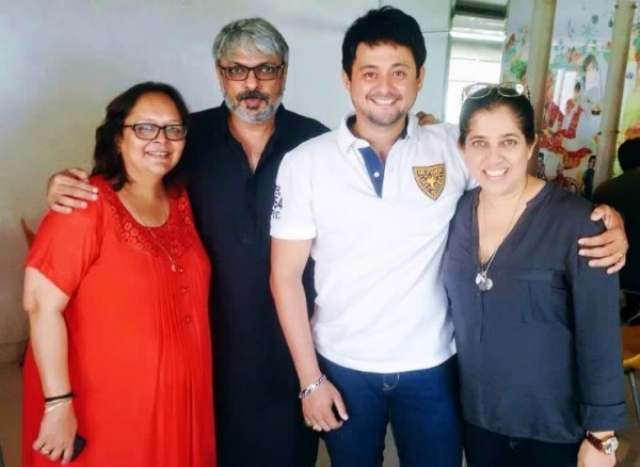 Sanjay Leela Bhansali needs no introduction. He is a popular and award winning filmmaker in B Town. Lately, he planned to enter into the M town and gearing up o release his first Marathi film called ‘Lal Ishq‘ having a very fitting tagline Gupit Aahe Saakshila. The film has Swwapnil Joshi and Anjana Sukhani, the former is a known M Town while the latter comes from Bollywood. The film is its in final stages and is scheduled to hit the theatres of 27th May 2016. The other actors in the film include Jaywant Wadkar, Priya Berde and Kamlesh Sawant . The story comes from Shirish Latkar, while it is directed Swapna Waghmare.

So, with the advent of model turned actress Anjana Sukhani coming into Marathi movies, S L Bhansali wants to add extra glamour over the Marathi Movies. Also, he has even roped in the known designer from B Town who designed the costumes of the artist in his debut film. Hence one can sense special designs look and film to this film. However, it still remains to be seen, whether Anjana would be seen delivering the Marathi dialogues the first time. The film is a love story and you can find a couple of non-Marathi family trends entering into the film. Stay tuned to find more details of the film.