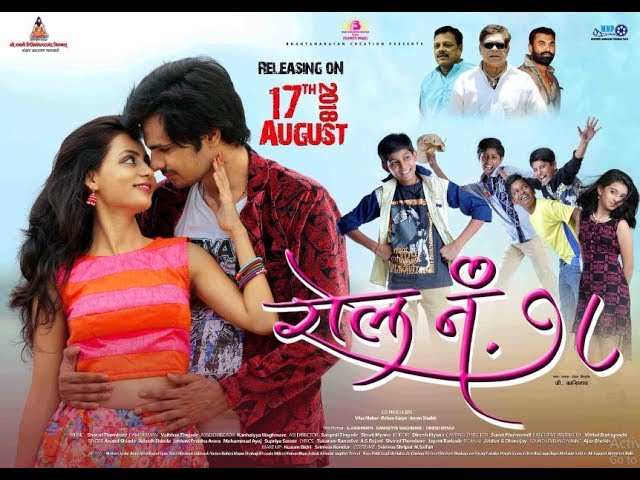 Director – G. Kashinath
Star cast –  Mohan Joshi, Anuradha Rajadhyaksha
Genre – Drama & Love
Producer – Narayan Myana
Studio – Bhagyanarayan Creation in association with Mother Narmada Production
Rating – 2.5
Story
The film deals with the love story that commenced between the lead stars from the childhood and continues to the teen and the adulthood. The story then surrounds lots of drama and other elements that adds up too much spices in the film giving you enough entertainment to catch. So, what goes at the end would be interesting to catch.
Review
The film has nothing unusual love story but the kind of other elements that are seen involved in it really makes it different from others. Thus you get to see a typical Marathi film that is meant to entertain everyone in the M Town audience base. Well, the story seemed predictable but the blend of comedy and drama seems interesting in the movie. The filmmaking has its own flaw as it was not able to blend these elements together neatly as was expected, yet for an average audience who is not much bothered about the technicalities would think of catching it without any complain.
The addition of an item song with a plumb lady dancing at the center seemed a weird idea which has less amount of attraction forget about adding any kind of value in the film. As days passed, we see the lead actors doing some good job in attracting the heed of the audience but at many a times they were seen falling flat with few flaws that made things bad to worse. Thus the film offered a good amount of loo breaks that somewhere proves the fact that the film has not much to keep you glued for long. The other elements like music, screenplay, editing, action, performance, photography and locations, everything seemed average and nothing extraordinary can be seen out of it.
Roll No. 18 The Last Word
The film has all the elements, which seemed wreaking havoc to some extent but if you are going to catch this film without much expectations, then it can be a worthy watch as it gives you too much of reasons to laugh and giggle. So, if you plan to watch this film this weekend, do not expect much and if going with great expectations then go on your own risk.