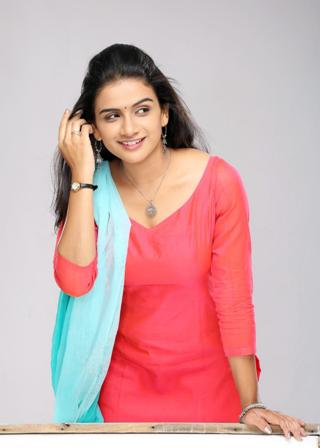 Resham Prashant needs no introduction for the Zee Marathi Channel viewers as she is the leading and gorgeous face of the TV series called Pasant Aahe Mulgi. She is born and brought up in Kalyan (a close by suburban in Mumbai Central line). She did her schooling from Kalyan and College from Mumbai. During her college days, she was attached to a theatre group and during one of the inter college play competition she was spotted by a Zee Marathi based director who roped in for the lead role for the TV series called Pasant Aahe Mulgi for the lead role in it.

Besides being the part of the Zee Marathi, she was also the part of the TV series called Dil Dosti Duniyadari wherein she did the role called Sunidhi and later seen in another TV series called Majhghar. Though her role in the TV series was among the smaller one, however, she impressed everyone with her cute performance in the said Marathi TV series. Though she is a novice among the Marathi TV world, but has the potential to go long. She calls herself to be one the huge fan of B Town actor Shah Rukh Khan and aspires to work with him one day. She has done a number of theatres during her college days and it was the play called Urmi that helped her to enter the small screen Marathi world.