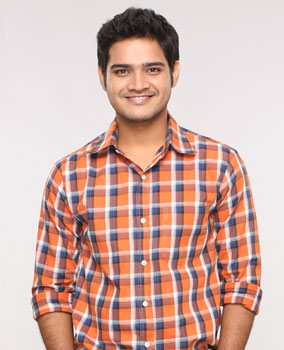 Abhishek Deshmukh may not be that known face in M Town but certainly a man in making. He is an actor, writer and filmmaker and is also considered to be among to be a known face in small screen especially in the Marathi TV world. He is born and raised in Mumbai wherein he had his schooling and college. He has been active in creative world and cultural activities right from her days in college and school. With his college, he also worked as a freelance writer and director for theatre and worked for the plays of his own including Doan Goshti, which were a long act followed by the other solo act called Karve and the other solo act called O! Frida.

Besides the three, he has also written and worked in a musical show called Paighaam apart from acting in Ekda Kay Zale hosted by the Maharashtra Cultural Centre. With his talents and skills in acting, writing and direction, he was soon spotted by Zee Marathi and was auditioned for its prime show called Pasant Ahe Mulagi. He is playing the character called Punarvasu in it. Currently, this serial has occupied the talented Marathi actress in the small screen world.