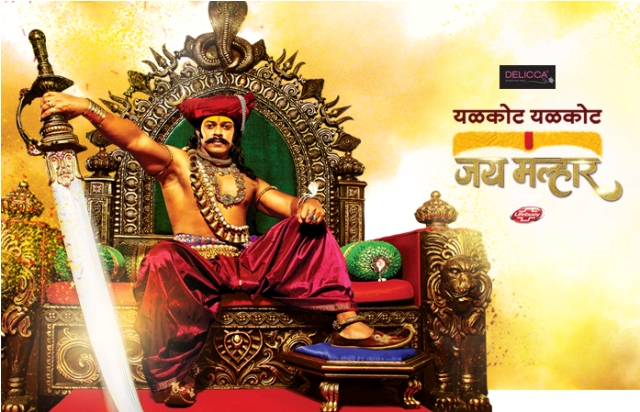 As far as entertainment is concerned, anything that gives grand to the audience takes grand returns. That is exactly the reason why Jai Malhar , which is being aired on Zee Marathi currently is getting a very high viewership across the state. The show that is based on the mythical story of Khandoba , who is supposed to be the incarnation of lord Shiva is getting extremely good response from viewers. The show is till date the most expensive show on Marathi television. The sets and costumes and accessories presented in the serials are truly extravagant considering the theme. All the characters are presented in a godly mythical way to bring he life the legendary characters of the story . Malhar and Mhalsa play the lead couple in the story. The entire setting and backdrop to the story is spectacular. Besides, the love story of Malhar and Mhalsa is being watched curiously by the viewers.

Producers Kothare Vision and director Karthik Kendhe had recently expressed their joy at the success of the serial. Devdatta Nage and Surabhi Hande play the lead characters of Malhar and Mhalsa in the serial.

What Spiced up Marathi Films Lately?