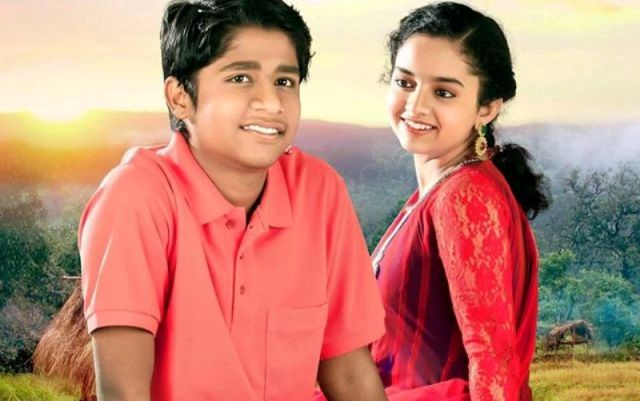 It is high time that we stop glorifying teenage love. Marathi cinema has over the years come up with so many teenage romances that most of it looks totally clichéd now. Ranjan is one of those which are made with no better intention than to present a puppy love story to mesmerize the audience. Failing miserably to show any originality in the content, Ranjan disappoints the audience. It is a palette of clichéd stories, scenes and a dull melodrama surrounding a pair of youngsters. In fact the characters who are shown as studying in ninth standard but their maturity level is too low than that. Ranjan clearly scores very low in the section of creativity and the audience get the feeling of been there seen that.

The biggest fault in the story is it’s characterization. None of the characters are convincingly presented before us. All we have is an imbalanced shades of characters who don’t even have properly distributed dialogues amongst themselves. The protagonist’s characters are not defined to the extent of being convincing. The story meanders with Ranjan trying all the ways to woo his girl until he actually get a yes from here. There is a great insensitiveness shown on the girl’s part as Ranjan pursues her. It is the not acceptable that the makers have presented the female lover as simply an object of desire instead of a flesh and blood being. It might actually give out a wrong message to the youngsters that pursuing a girl to say yes is the way to get consent.

In the technical aspects, director Prakash Pawar falters in many scenes where you realize how effort fully the love scenes have been shot and the lead pair looks much made up and clichéd. Music fails to create any impact on the minds of the audience with only a few tracks being worth humming.

The entire star cast including Yash Kulkarni, Gauri Kulkarni, Pushkar Lonarkar, Anil Nagarkar, Bhau Kadam, Bharat Ganeshpure & Vidyadhar Joshi works together as a team to bring to life the characters. Of these the most impressive work is done by Bhau Kadam. He is emerging as the coolest Marathi actor around. His comic timing as well as natural skills in acting is much convincing to the Marathi audience.