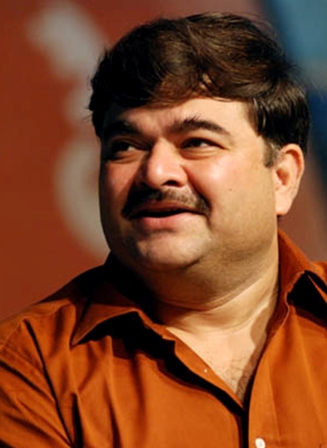 Prashant Damle is not an unknown name in M Town and Marathi theatres. He hails from Mumbai wherein he was born on 5th April 1961 and was brought up in this city only. He did his schooling and college from Mumbai and during his student life he was associated with theatre group, which still continues. It all started in 1983 and has been associated with theatres for more than 3 decades doing 26 Marathi shows in his career span. And while performing on these shows for around three decades, he has been honored with a number of reputed awards and recognition by different groups and platforms.

Till date he has entered his name in Limca Book Records in his name, while he has also performed in more than 35 Marathi movies and serials. He holds the record of doing his play for 10,700th times in time duration of around 15 years. It all started with playing different characters in various school plays and dramas, which include the Marathi play called TurTur, which proved out to be a major breakthrough for him and hence he embarked with commercial Marathi theatre. He has his excellence in theatres in comedy genre and then followed as the play called MoruchiMaushi.

Some of his early Marathi movies include Baap Re Baap, Atmavishwas, Pasant Aahe Mulgi, Ek Ratra Mantarleli, Eena Meena Deeka, Vidhilikhit, Aaie Pahije, Reshim Gaathi, Saglikade Bomba Bomb, Anandi Anand, olakhna palakh and Pudhch Paul to name a few. Some of the recent Marathi movies include Mumbai-Pune-Mumbai 2, Welcome Zindagi and Gola Berijto name a few. Some of her TV series include Kay PaahilasMazya, Be Dune Paach, Uchapati, Ek RupauachiPaij, Bhikaji Raokarodpati, Hat Leka and Amchya sarkhe amhich to name a few. Besides the actor of TV, theatre and film, he also is active in social activities and has founded his group called fan foundation, which carries a wide range of social activities.