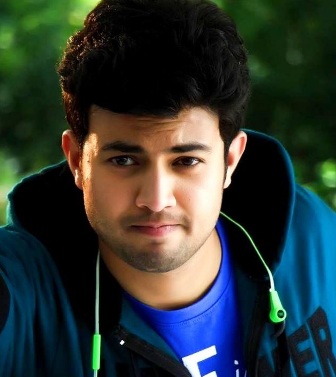 Prasad Jawde is among the novices in M Town but is known to have all the potentials to prove his worth in Marathi cinema. He was born in Talegaon near Pune on 30th November 1988 while he did his schooling from Mount Saint Ann Convent High School in Talegaon and later went for a graduation with BCom degree. During his college days, his inclination towards acting helped him participate in a number of cultural activities including playing different roles in a wide range of plays. He like to go gym and love photography. Time now to explore more about his life and work he did in the Marathi TV and film world as under.

As his taste was in acting, he headed to Mumbai to try his luck and soon was seen in a talent hunt show by Zee Marathi called Maharashtrache Superstar. This turned lucky for him as he was spotted by a TV show director who roped in for the serial called Arundhati aired at Zee Marathi. Soon he also bagged the lead role of Kartik opposite Madhura Deshpande called Ase He Kanyadan. Prasad Jawade impressed with his role and is known to have a good female fan following for having good acting skills and good looks. With his decent performance, he got the chance to work in a Marathi movie called Classmate in 2015. He is unmarried and is currently focusing in his career with no one to date.