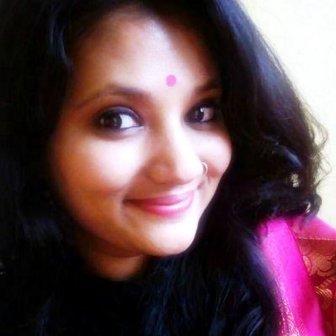 Pooja Thombre is Marathi Theatre and TV world. She was born on 28th January 1991 in Beed, however, she stayed in Pune and Mumbai for acting career. She did her schooling from Beed and later went to do her college from KSK College in Natya Shasthra (Dance). During her school and college she was hyper active in the cultural activities, which also gave her a number of awards in acting world. After her college, she headed to Mumbai to make her career in acting world starting with theatre group wherein he did a number of plays including The Dumb Dancer, Behind the Desire and Raja Rani la Gham Hava.