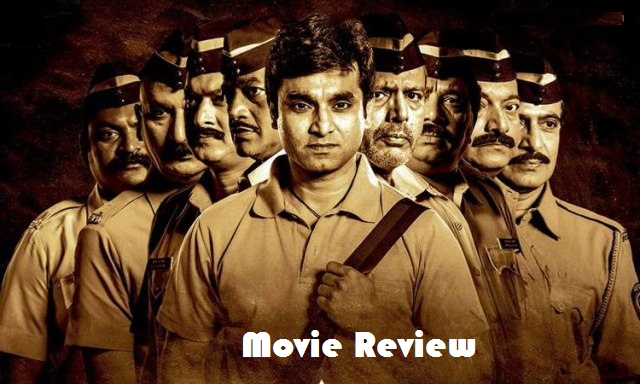 This Friday, Marathi Cinema has a couple of films to release, which certainly include the one called Police Line. The film has Santosh Juvekar, Swapnil Rajshekhar, Satish Pulekar and Jayant Sawarkar in the lead roles, while Pramod Pawar, Jaywant Wadkar and Vijay Kadam is in the supporting roles. The film is directed by Raju Parsekar , while it is produced by Rupali Dipak Pawar and Vaishali Nitin Pawar under banner of Saishree Creations and Jijau Creations. The film has the music from Pravin Kunwar and Abhishek Shinde, while the photography is carried out by Nilesh Vinayak Dhamale. The film is a social drama, which showcases the professional and personal life of a policeman. Now, let’s dig in deep into the film to get the crux of the same as under:

The film is about Maharashtra state police and the problems faced by them. It addresses the pertinent question – has the conditions of policemen changed in the recent past? The answer is no and it is not likely to change in the near future as well. it showcases a residential quarters of the police force wherein a number of households are seen in it. Usually, the man of this house is seen working in this police force. The house is owned by the police department, hence the man retires, he has to see his son being on the job in order to retain the same quarter for his living. This simply has put the man’s son into dilemma whether he wants to join the police force or not, however, this is simply the tip of the iceberg (problems). What goes in the next level is interesting to explore.

The premise seems to be fine, which goes twofold. Firstly, the plot of the film is seen getting divided into a number of bits in order to have any impact. It is spearheaded by the character called Bala (Juvekar) who is seen using to stay over the colony for around 20 to 25 years ago. He is seen getting returned after having a number of years abroad and is seen reminiscing over his days at the police line. He is also the anchor for the audience, while his story is seen getting as a flashback and tole over the prominence as well. In the central narrative, he is seen as a student who stays with his brother called Sunil played by Rajshekhar who is the force, while father played by Pulekar and Sunil’s wife. The film seemed addressing a number of characters rather than focusing over one family. Thus too many issues are being portrayed in the film, which creates a mess hampering the creativity at large of the film. The most ironic part in the film comes in the form of an abrupt climax of the film.

The film has numerous senior actors including Satish Pulekar, Vijay Sawarkar, Pramod Pawar, Jayant Sawarkar and Jayant Wadkar to name a few. The overall acting performance seems very much better for most of the actors considering the seniority of the actors working in B Town. The direction though can be questioned at times when a number of issues are clubbed in it making things bad to worse. The music too is somewhere close to average, while elements like screenplay, editing and other aspects of the film is okay though not par with other films in M Town.

The idea of presenting the life behind policemen though is a good thinking of director, however, in handling this issue with too many characters has made things bad for the film. In fact, the film is pitted with inflated actions, however, amidst all this endeavor you end up watching up clichéd lines and loads of melodrama, which becomes indigestible for the audience. On the top of it, the abrupt kind of climax of the film simply maligns things the bad. Police Line could have gone better had there been fewer characters found in the film. This has hampered the rating of the film as well, which now goes low for Police Line