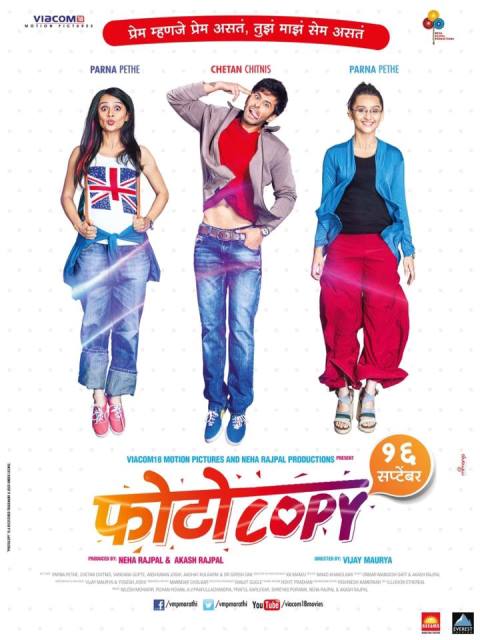 The upcoming Marathi movie for youth and love genre called Photocopy has been awaited by one and all considering its love and romance nature of it. The film is basically a love story with  triangle element in it and recently its makers have embarked with its trailer in the media, which is getting a decent response by the Marathi cinema audience. The film has a double role in it and it attracts the attention of many in the media along with the people of M Town.

The title of film Photocopy has been intriguing a lot by the audience and is finally set to release this month on the 16th of September 2016. The trailer was launched last week in the presence of its entire cast and crew, along with the presence of the director and producer Vijay Maurya and Neha Rajpal respectively, while the film is produced under the banner of Viacom 18 in association with Neha Rajpal. As you check the details of the film, you can find Rama Madhav along with the lady playing the double role in the film YZ were also present at the event.

Chetan Chitnis has done his debut with this film in M Town and the trailer simply suggests a lot about the film and its genre. The youth and college students would certainly going to like the film as it happens to deal with their issues. And yes the locations of the film have been incredible as its been shot at the picturesque places of Lavasa near Pune. The event of the trailer launch was simply grand as it has loads of people from the Marathi film fraternity including the veteran actor Vanada Gupte the Shala fame actor like Anshuman Joshi too played their parts in the film.