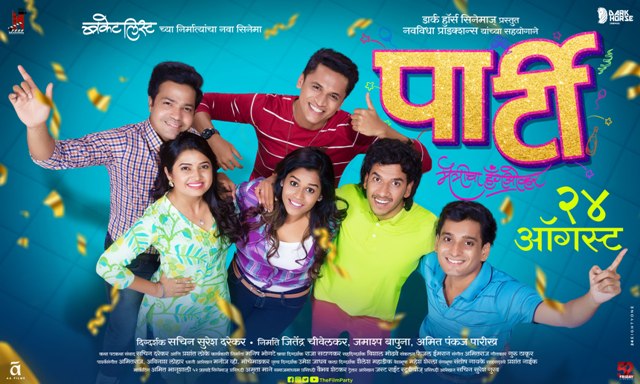 The film party is inspired by a true story of Partu, which explores the life of youngsters who are separated from their family during their childhood. Well, you can compare the story somewhere similar to the Salman Khan starrer movie – Bajrangi Bhaijaan in one way, however, it has been toned down a lot. Well, so, how it goes would be interesting to catch in your nearby cinema.

As you start watching this film you would realize that the story of the film is simple and it talks a lot about something, which can happen to anyone. It simply boasts to a good star cast as well, while Kishor Kadam and Smita Tambe is playing the foster parents and others in the film seems to have done a decent job with their acting acumen but some were seen going a bit uncomfortable before the camera. However, as you move along the film, you would find the biggest flaw in the form of running time as it takes loads of time to unfold. Then there you see the film losing the track, which couldn’t have done away with it. These are seen veering the film away from the key focus and once it seems to happen, there is no getting back over the track.

The other elements like music, screenplay, editing, photography and locations seemed okay but these still failed to makers to score brownie points on others thus hampering the movie in a big way. Well, let’s see how things would move but at the moment the pictures bloomy to a great extent.

Marathi movie known for its cast strong storylines, this time it is the star cast that has been attracting the viewers. The most awaited film Party has already caught fancy after its first release of the poster. Stars like Suvrat Joshi, Akshay Tanksale, Prajakta Mali and others are would be seen in this film. With this, the teaser of the film has also been released recently.