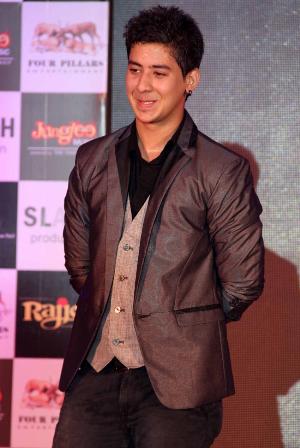 Paras Arora is not an unknown name in B Town and small screen world. He was born in Bareilly on 10th January 1994.  He was raised in this city to do his schooling and college from the said place. He completed his school from the known place called Handa Public School, Bareilly, while after the high school he headed to Mumbai to continue his college at Raval International College. He was first seen in film called Mallika the Fire as child artist in the year 2008. And the very same year he also got the chance to be on the small screen starting his journey with mythological TV series called Ramayan as Rama, which continued the coming year as well.

Soon he bagged another mythological serial Jai MaaDurga playing the character of Shwet ketu in 2009. Some of his popular TV serials include Veer Shivaji, Mahabharat, Pyaar Tune KyaKiya, Police Factory and Udaan in 2014. Some of his movies include Lets Dance wherein he did the character Kallu, his next movie was Rajjo wherein he worked with Kangana with a role called Chandu and his upcoming is Baaghi: A Rebel For Love (2016), which is all set to hit theatres soon. As far as his personal life is concerned, he is still single and not dating anyone as he is focusing in his career.