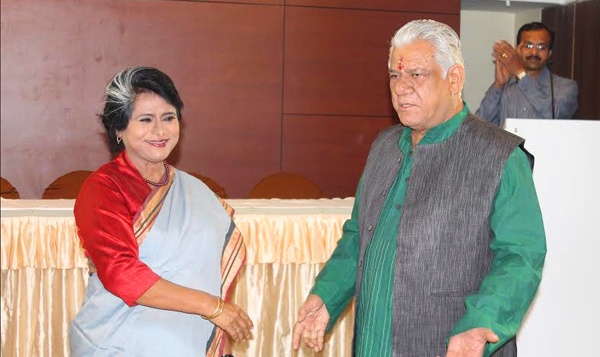 It is none other than veteran actor Om Puri. The bevy of Bollywood actors who have recently joined Marathi movies includes senior actors like Anupam Kher, and Shakti Kapoor among others.

Om Puri is known to have the ability to carry off any character with great ease. All his films have been critically acclaimed and the immense intensity and depth that he brings to his characters has also won him several National Film Award.

Well technically, Om Puri started his career with the Marathi film, “Ghashiram Kotwal,” which was directed by K. Hariharan and Mani Kaul in the year 1976. Apart from Bollywood, he has also worked in a Kannaada movie called, A. K. 47 in 1999; Punjabi movie Putt Jattan de the Jatt boys in 2013; as well as in movies produced in United States and United Kingdom like Gandhi, East is East, and The Hundred-Foot Journey to name a few.

Om Puri will now be seen in the Marathi movie“15 August Bhagile 26 January,” which will be directed by Pitambar Kale and produced by Lahu Jadhav & Shankar Mitkari. The movie also stars actors like Kishori Shahane, Deepali Sayyed, Manoj Joshi,Prema Kiran and Bhau Kadam in pivotal roles. In this Marathi movie,Om Puri will be seen playing the protagonist. The mahurat of the movie was recently held in Pune. It has been confirmed that Mr. Patangrao Kadam, the Forest Minister of Maharashtra was also present at the mahurat ceremony of this movie.